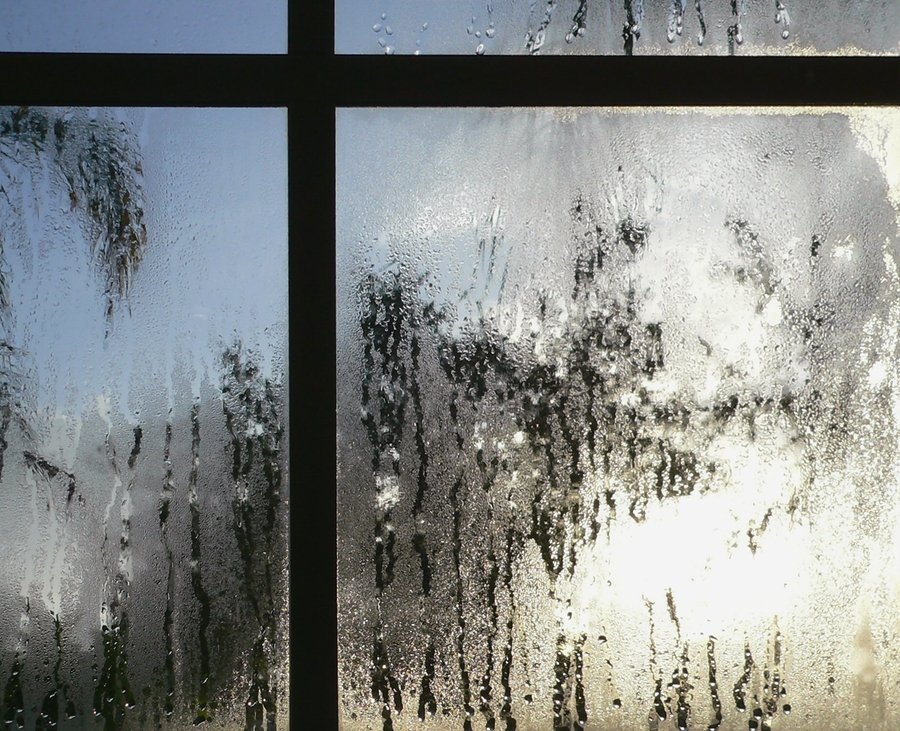 Sections in this article:

Throughout the year, window condensation – or window sweating – is a natural occurrence around the windows of your home or office, and it happens most frequently on new windows. That’s right. Condensation is not a sign of a faulty window. Actually, it’s a sign of an energy efficient installation. New windows are more likely to collect a small amount of water because they conserve energy more efficiently.

New windows conserve warm and cool air inside more effectively; therefore, water is more likely to condensate. That’s why window condensation is very common in the Northeast and climates throughout the U.S. where interior and exterior temperature differences reach extremes.

This year, 2015, we’ve had a pretty significant winter across the East Coast, meaning anyone who has installed new windows has likely experienced a higher-than-usual amount of condensation.

Is Condensation Caused by the Window?

No, not in the way you may be thinking. Condensation shouldn’t alarm you; your windows are not faulty. In fact, a small amount of condensation during the coldest and hottest months may actually be a good sign. It means that your windows are effectively holding warm or cool air inside.

Today’s windows are extremely energy efficient. They’re designed to conserve the energy inside your property, and thus, the temperature difference from outside to inside is greater. That’s why if you’ve recently replaced your windows, you might notice some condensation. Your old windows weren’t properly conserving the warm air inside. They were drafty, and the warm, moist interior air was escaping out the window, causing the air around the window to be a consistent temperature.

When Does Condensation Most Often Occur?

Condensation commonly occurs in northern U.S. climates, in the Mid-West and further south during cold snaps and heat waves. It is most likely to form when the difference between interior and exterior temperatures is extreme, i.e. during a Polar Vortex or during the hottest, most humid summer months.

When Is Condensation a Sign of Something More Serious?

Excessive condensation can be annoying and, in some cases, a sign of something more serious. First, it may be an indication that there is excessive, “problem” moisture in the air. If you notice water spots on the ceiling or walls, your heating or cooling system may be putting too much moisture in the air or you may have leaks on your property. The result is a higher humidity level, which causes condensation to form more abundantly. To remedy this you need to find the cause of the humidity at the source.

Very rarely is condensation a sign of a faulty window, but if water is collecting between two panes of glass, the seal may be faulty. In these cases, the window may need to be replaced or the seal refitted.

So what can you do? There are a few quick fixes for window condensation, including:

Window condensation or sweating shouldn’t be a cause for alarm. Today’s windows and building materials are designed to create a stronger interior seal. This is a good thing and it helps to reduce the cost of heating and cooling.

Your building will adapt and the condensation will likely remedy itself. If it does not, try one of the above methods. When all else fails, cracking a window or buying a dehumidifier and placing it in the room should do the trick.